Tuesday 5/14/2019    We had a shorter trip today, only about 136 miles.  We stayed in a very nice city park in Trinidad, Colorado.  The sites were spacious and offered a lot more privacy than the commercial RV parks we've stayed in.  I must admit I had a difficult time backing into our site.  After several attempts, I had to ask the man in the trailer directly across from me if he could move his truck so I could maneuver mine better.  Once he moved his truck, I was able to back in fairly easily.  Trinidad is a pretty small town but after we were all set up we went for a drive.  Not much food to choose from but we found a Pizza Hut Express and enjoyed an individual pizza out on the one patio table they had.  There was a small plaza nearby and we stopped in a few of the stores.  Took a photo of an unusual looking high school - it had a gold-domed roof and was home to the "Mighty Miners".  We didn't have any activities planned in Trinidad, it was just a stop on our way further south.  After returning to the trailer, we decided to do a load of clothes in their laundry room and just settle in for the evening. 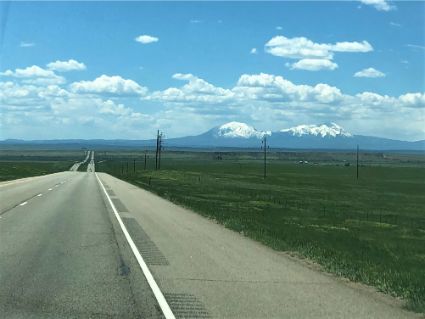 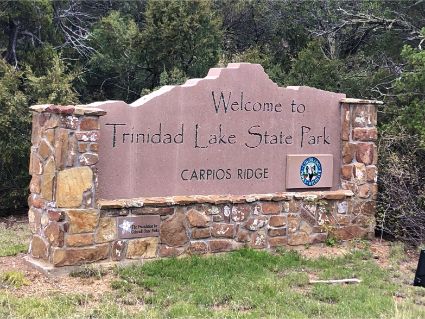 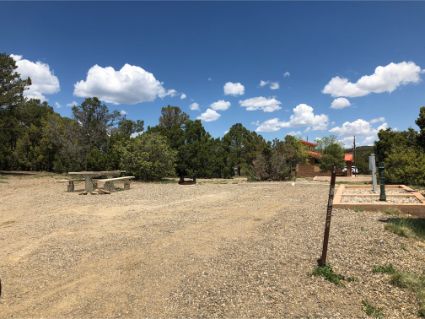 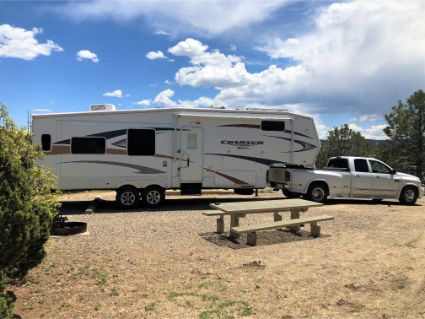 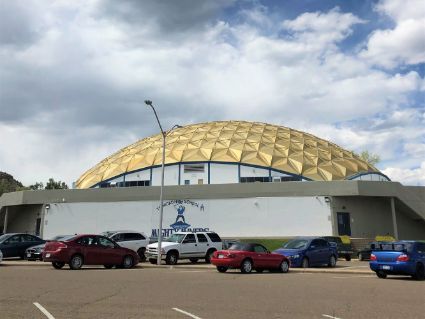 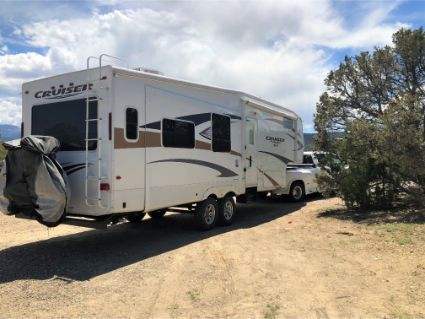 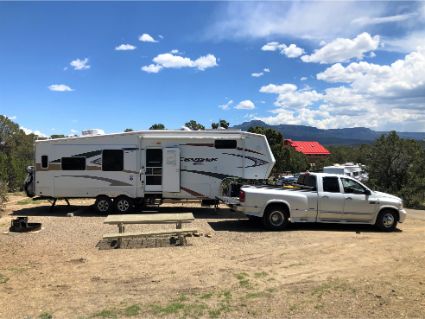 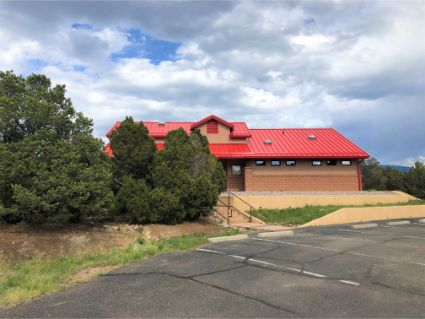 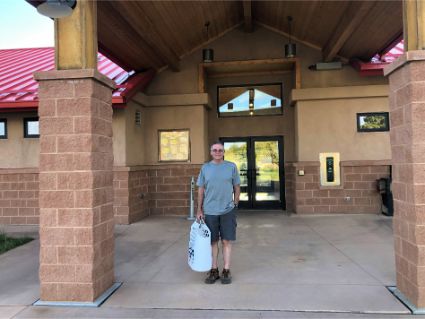 Wednesday 5/15/2019    We began the day with a nice walk down to Trinidad Lake.  There wasn't any activity on the lake - no boats or fisherman that we could see but it was very scenic.  The sky was bright blue with puffy, white clouds and made for some great photos.  The trail led us to the visitors center that had a very small museum.  Afterward, we went for another drive to town so I could wash my truck at a coin auto wash.  Later in the evening we went for another hike in the opposite direction and stayed for the sunset. 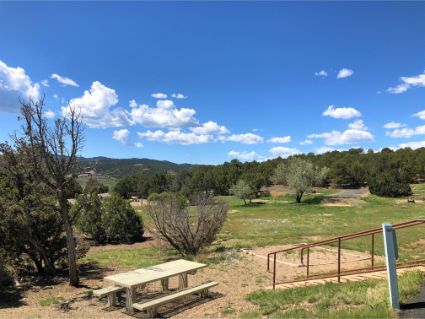 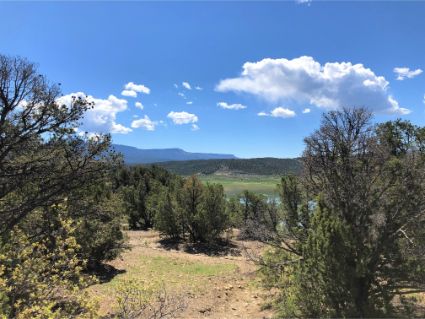 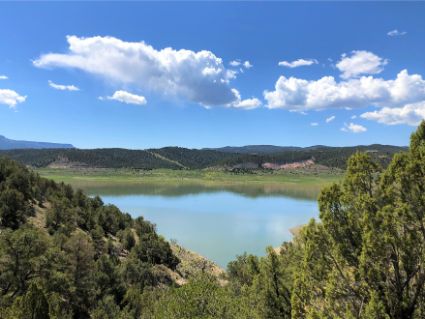 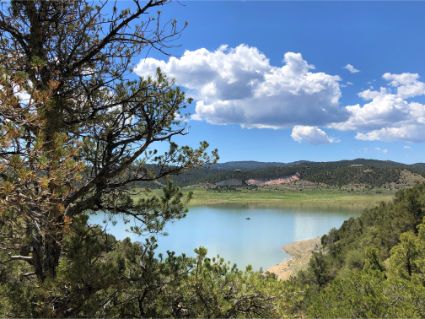 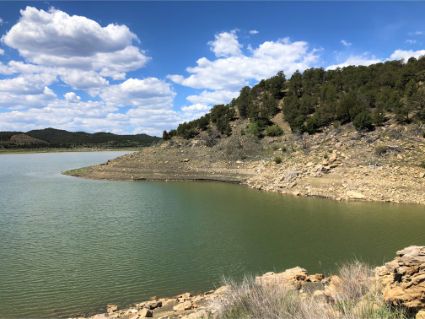 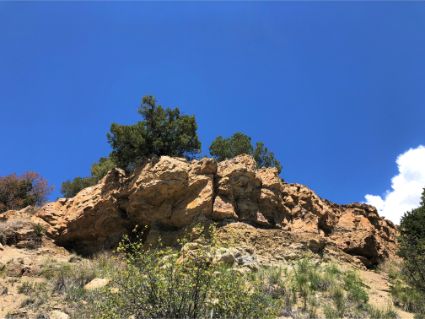 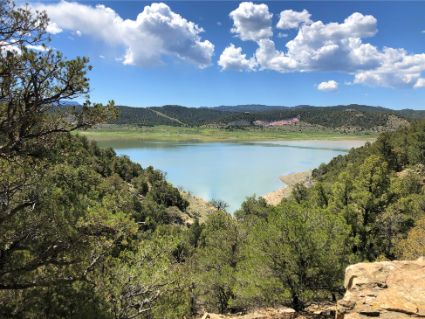 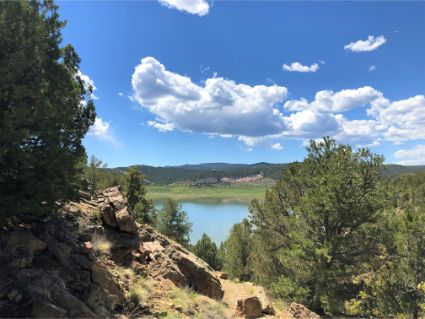 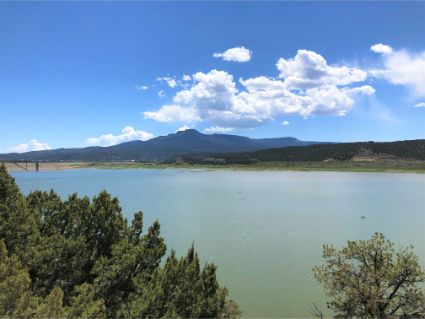 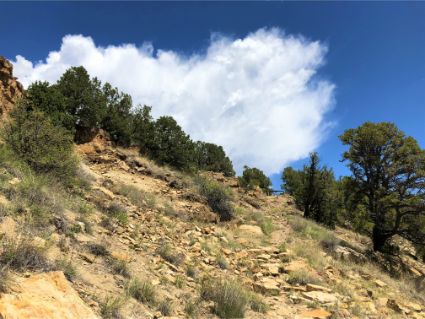 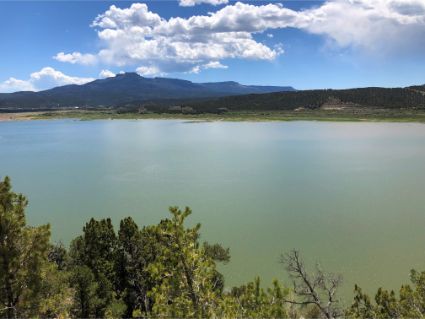 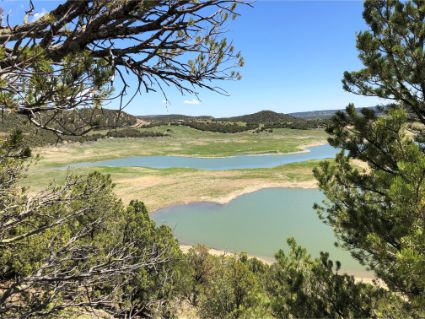 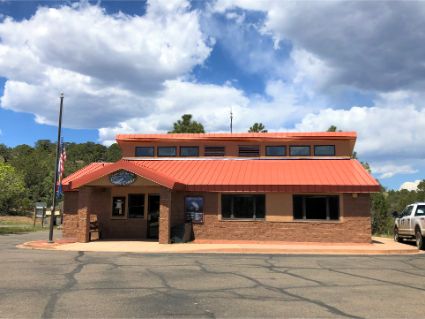 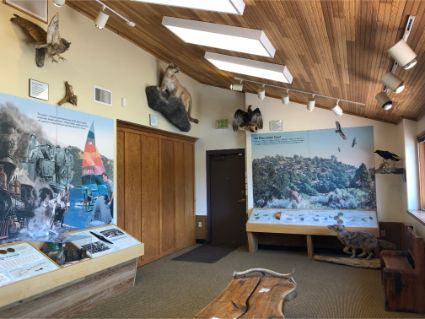 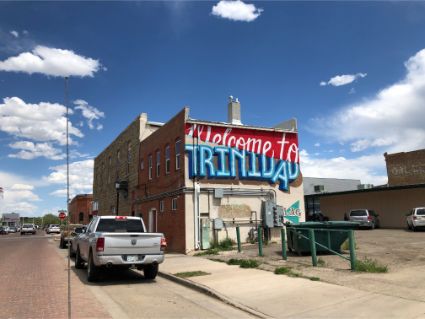 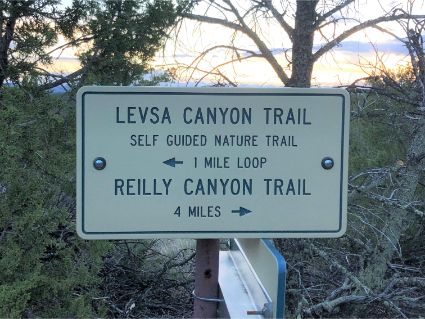 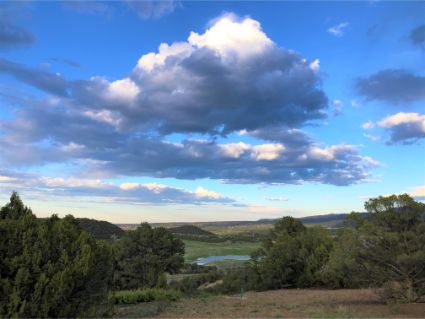 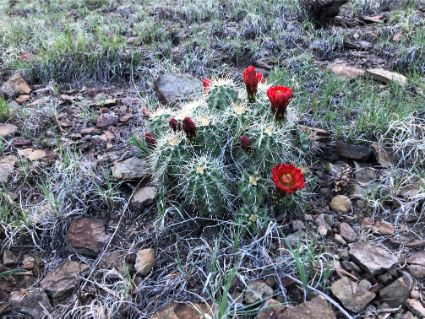 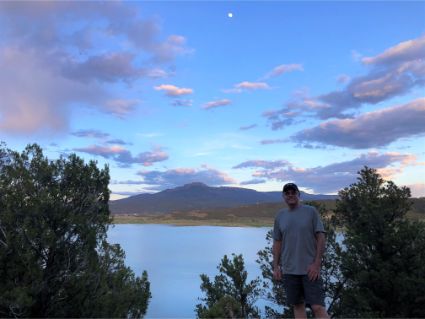 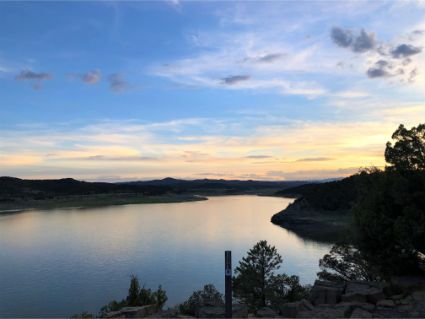 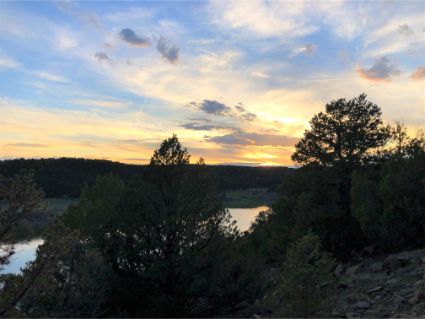 Thursday 5/16/2019    We really enjoyed the two nights we spent at Trinidad Lake State Park but today we are heading further south to Albuquerque, New Mexico.