Battery Trouble and The Beckley Exhibition Coal Mine

Saturday 4/14/2018     We took the truck and trailer out of storage last week and we were anxious to get started on our 2018 adventures. This year it seemed like spring was never coming to Ohio. In fact, it snowed a couple of days as we were packing up the trailer and getting ready to leave. For 2018 we planned on heading down to Fort Myers for three weeks to be with Michael for his Sport Clips Grand Opening on May 15th. Then we are going to drive across the country to Southern California to be with Danny when he has his Space Saloon Workshop near Joshua Tree National Park which takes place May 26th through June 8th. Where we go after that depends on the weather at the time. If it's too hot we plan on heading to the northwest. If the weather in the southwest is bearable we will continue touring that area. 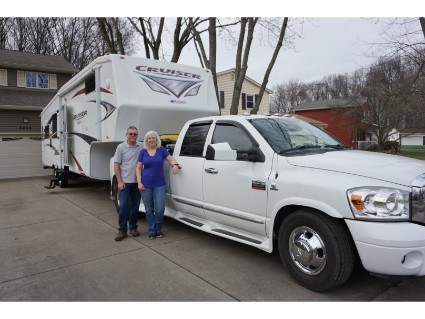 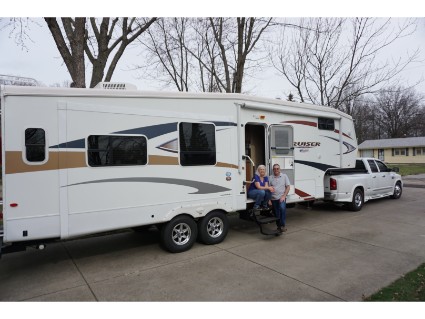 When towing the trailer we don't like to spend too much time on the road so we try to keep our mileage around 200 to 250 miles a day. The next couple of days are going to be an exception to that rule because we want to get to Florida as soon as possible. For the next couple of days, we increased that to 300 to 350 miles a day. When I was researching campgrounds about 300 miles away from home I came across The Beckley Exhibition Coal Mine in West Virginia. The campground fees were reasonable and there were a few things to do in the area so I booked two nights there. We left home around 10:00 and headed south. The weather was pretty nice that day, around 60 and sunny. Everything was going well. Once we got into West Virginia there were a couple of toll booths. As I pulled into one of them I smelled a weird odor I thought was from one of the trucks in front of me. Not really thinking anything was wrong I continued driving. When we stopped for gas close to Beckley, West Virginia I could tell it was coming from my truck. Looking underneath I saw something was leaking so I pulled over out of the way and opened the hood. Wow, this was something I've never seen before. One of my batteries (passenger side) overheated and actually blew the battery caps off. Steam was coming out of the openings, battery acid had sprayed all over the engine compartment and was dripping underneath the truck. Thinking that the battery was bad I called CoachNet which is an RV roadside assistance plan that I belong to. They told me that all they could do is tow me to a local repair shop. We only had a few miles to go to the campground so I told them to forget it. We let the battery cool down and I re-filled it with water and drove to the campground. 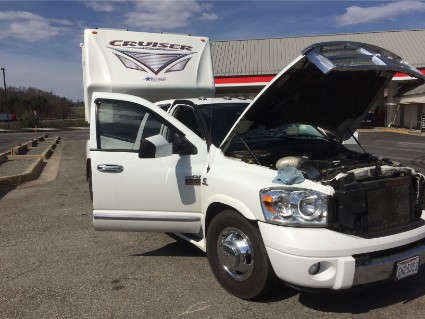 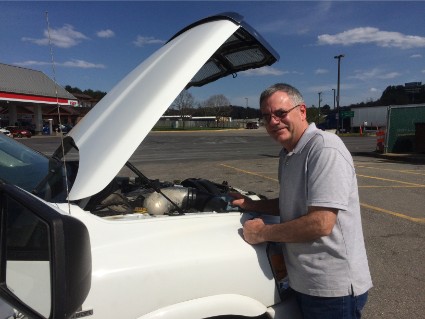 We set up and I disconnected the bad battery.  Our truck has a diesel engine which has two batteries. The driver's side was fine. This really puzzled me. I've never had a vehicle with two batteries and if one was overcharging why wasn't the other one? My alternator gauge showed normal.

It was a Saturday night and all I could do is drive from one auto parts store to another asking for advice. Nobody knew what the problem was. They tested the battery and the alternator and everything checked out fine. I received a lot of suggestions such as; the battery went bad, replace it (it was only 1-1/2 years old), or the alternator is bad, buy a new one, or "I have no idea". After thinking about it over dinner I decided to buy a new battery from AutoZone. Once that was installed I was hoping that my problems were over. The drive back to the campground was about 20 minutes. I opened the hood when I was back to check the new battery and it was also steaming and acid was leaking out. Now I know it wasn't the battery! I disconnected it and decided to deal with it in the morning. 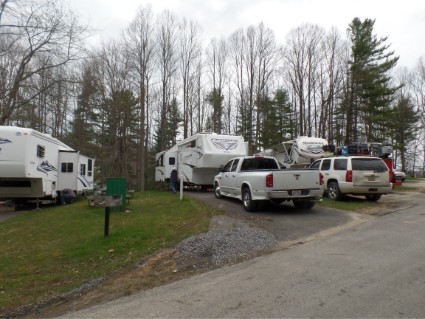 Sunday 4/15/2018     Today was a Sunday and there was nothing I could do about the battery. We walked down to The Beckley Exhibition Coal Mine and I asked the campground host if it would be possible to stay another couple of days if needed. They said it would be fine, no one had reserved our site for the next two days. I planned on showing up at the nearest Chrysler Dodge dealership first thing Monday hoping that someone could look at it.  We bought our tickets for the coal mine tour.

At one time the city of Beckley was a booming coal mine town but the main attraction now is a tour of the restored Phillips Family Mine that operated from 1890 - 1910. We boarded a passenger car that was pulled through the mine by an authentic electric "Mule". Our tour guide was a veteran coal miner and he would stop at different spots in the mine and explain how they mined coal. From the history of low-seam coal mining to the era of modern mechanization. After the ride through the coal mine, we explored the restored coal camp which included a church, schoolhouse, miner's houses, and the Superintendent's Home. There was also a museum that had numerous items related to the coal mines. We spent about three hours seeing everything. 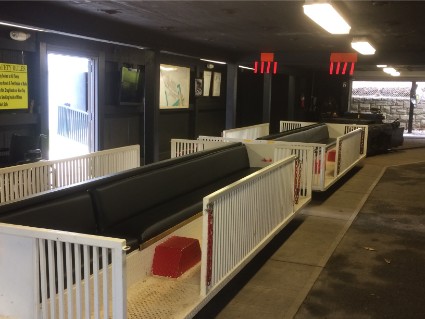 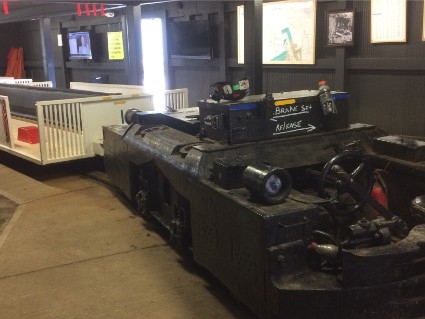 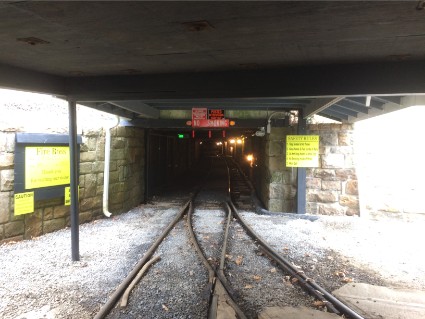 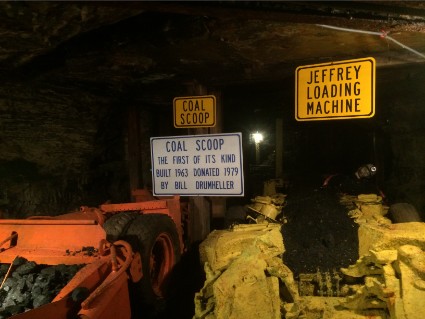 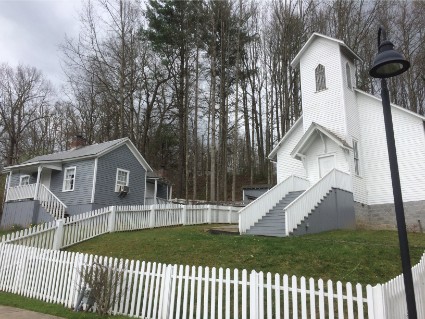 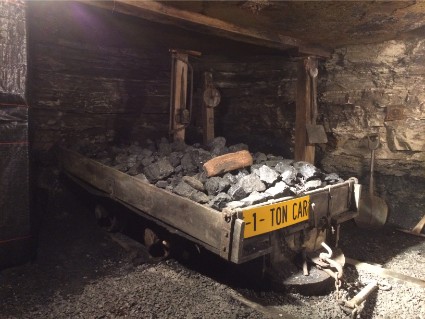 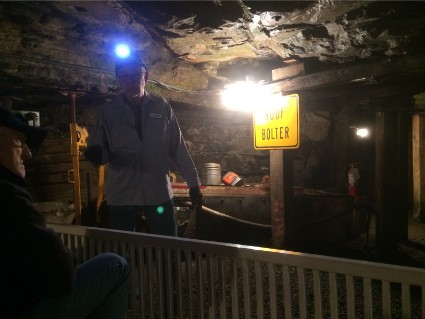 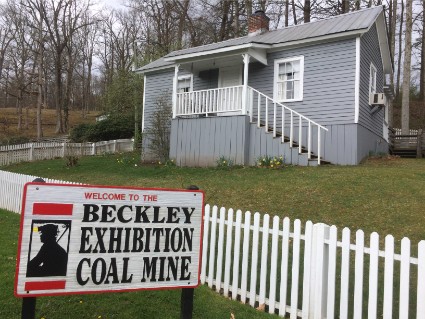 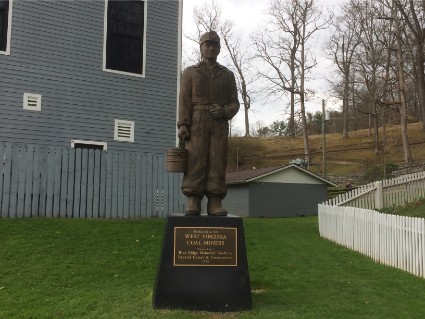 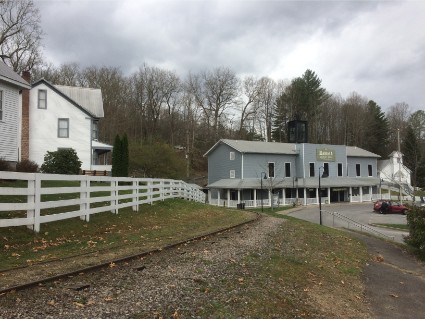 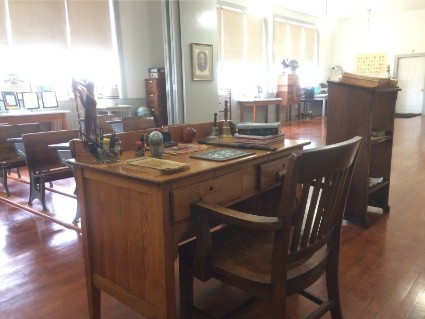 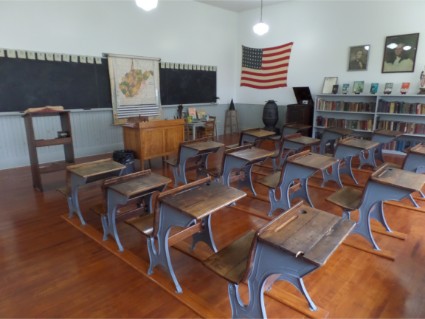 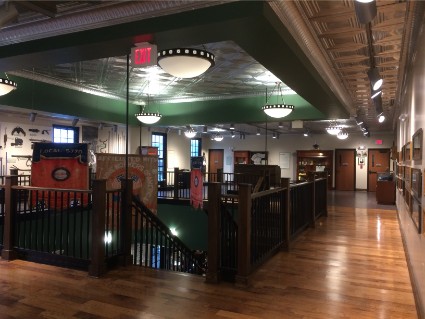 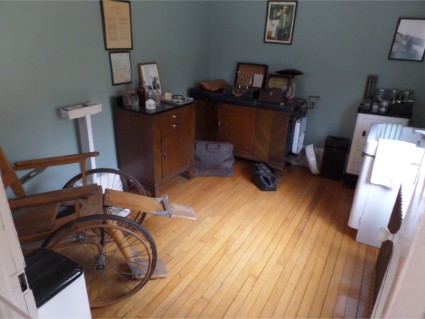 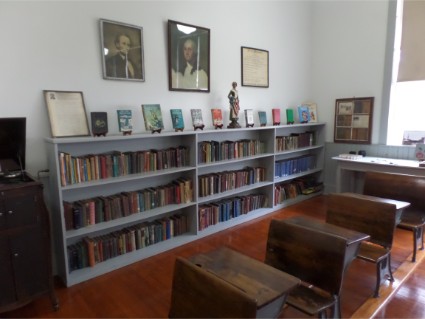 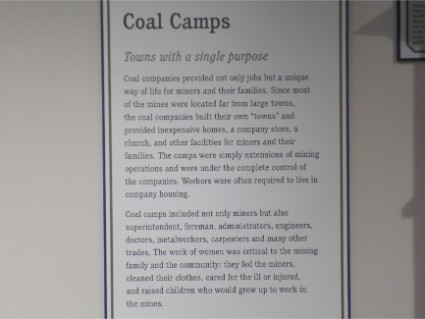 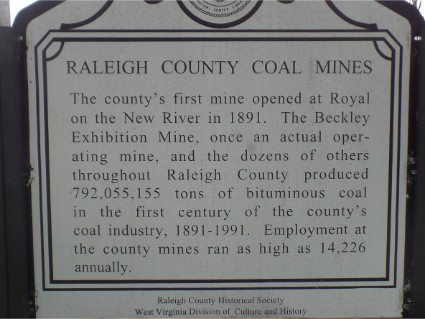 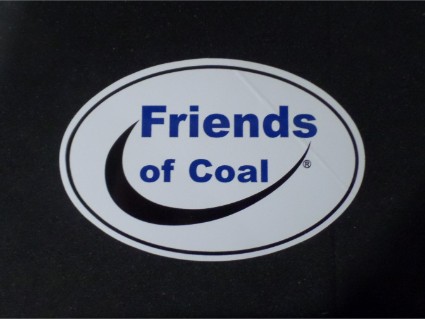 Here's a short video inside the Coal Mine

We originally planned to visit the New River Gorge and the New River Gorge Bridge which was close by but because it was supposed to rain the rest of the day and the battery problem we decided not to. Once back in the trailer I started to research about the battery. I spent over an hour with Google, YouTube, and Dodge Diesel Forums. I posted a question on the forum and later that day I received a few answers. Here's what I learned. Both batteries are connected together by a crossover cable. If the crossover cable has a bad connection or is internally corroded it will cause the passenger side battery to overcharge and boil over. This is because the alternator is charging the passenger battery, while the computer that controls the charging circuit is monitoring the driver's side battery. The passenger's side battery gets all the charge, while the driver's side is demanding more charge because it isn't hooked up to the passenger's side. I never had a vehicle with two batteries so I wasn't aware of that.

Because it was raining heavily, I rolled out the trailer's awning and pulled the front of the truck under it. I cleaned and checked every connection and sure enough, the crossover cable was loose. Once I got everything back together we ran back to AutoZone right before they closed for the day and swapped out the bad battery for a new one. (no charge). We then drove around for about 30 minutes and I would pull over every ten minutes or so and check the battery. Looked good! Then we drove back to the trailer for the night.

Monday 4/16/18     When we woke up today it was 35 degrees! Since we were driving over 300 miles today I still wasn't 100% sure about the battery so we got up early and took a ride on the freeway for about 20 minutes. Again stopping every so often to check it. Everything seemed to be working fine. Back to the trailer, we packed up, hooked up and headed south. I'm glad I didn't have to take it to the Chrysler dealer at 8:00 AM.

Our next stop was just an overnighter. We traveled 330 miles (part of that in the snow in the West Virginia mountains) to Matthews, South Carolina and stayed at Sweetwater Lake Campground. This campground was just a long driveway beside a lake about two miles from the freeway. There was a pasture behind us and three donkeys stopped to visit. It was very windy and chilly that afternoon so we just hung out in the trailer. 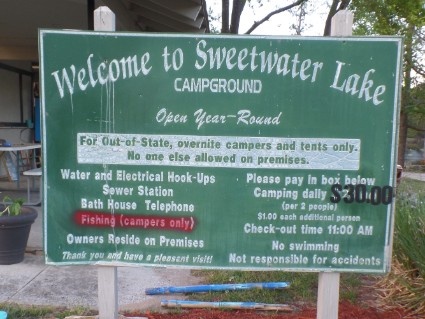 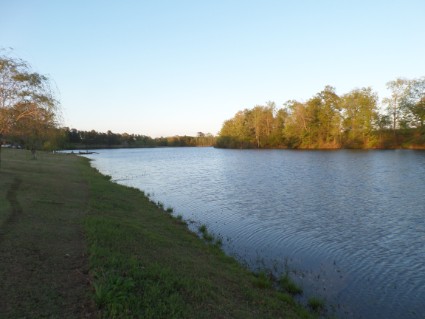 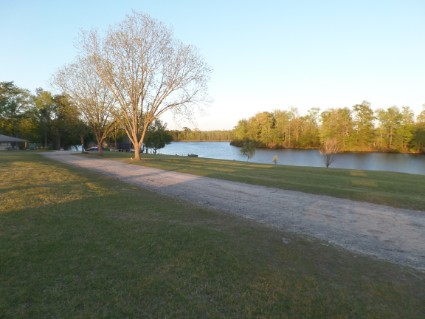 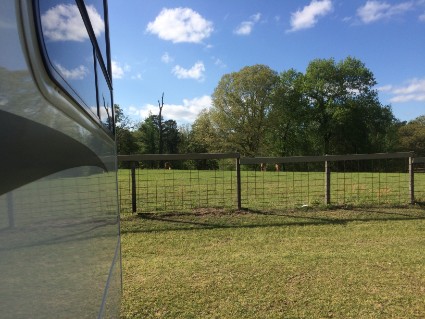 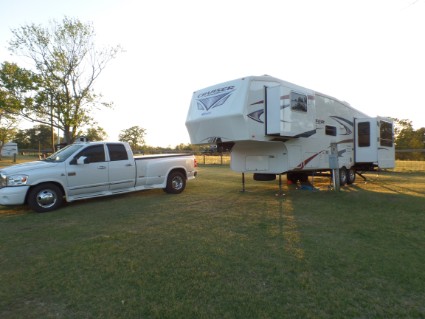 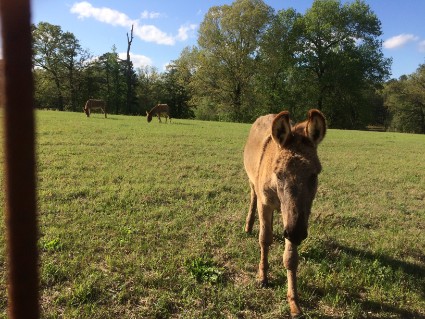 Tuesday 4/17/2018     The next morning it was still only 37 degrees in South Carolina! I guess we have to travel further south to find spring. We packed up and headed to Ocean Pond National Forest Campground near Lake City, Florida.