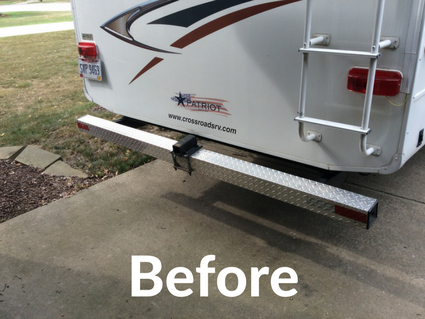 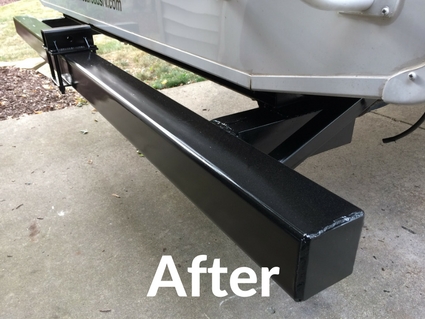 When we bought our trailer there was a 2" receiver bolted to the back bumper by the previous owner. We bought a bike rack so we could take our bicycles along and mounted it in the receiver. In 2016 we traveled 5,300 miles and never had a problem. On May 17th, 2017 we headed down south. We were on the road for a month and never worried about them. But on June 16th, 2017 we pulled into a campground in the Everglades of South Florida and as we walked around the back of the trailer our bikes were just about to fall off. What had happened is the welds on the bumper were starting to tear apart. The weight of the bikes and the constant rocking motion of the trailer took its toll. This is something I never worried about, but doing some research I found out that it's a big problem. The bumpers on most trailers are very light duty. I think they are more for looks than function. Most are made of very thin metal and the manufacturers discourage adding any weight to them. A lot of RVs use the hollow bumper to store their sewer hose. It looks like that's all the weight mine would handle. We removed the bikes and for the remainder of our trip carried one in the trailer and one in the back of the truck.

Once I got back home I started to look for a welder that could correct this problem. I found a local guy that does welding and fabricating that agreed to do the job. We dropped off the trailer off a couple of days later in the morning and picked it up the next day. I was very impressed! This thing is solid! Not only did he weld it to the frame but he also reinforced it with extra supports. I'm sure this bumper and the welds will hold up forever. Check out the pictures below. 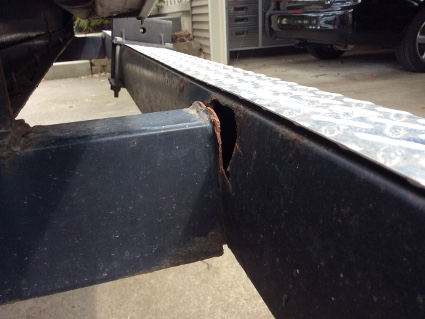 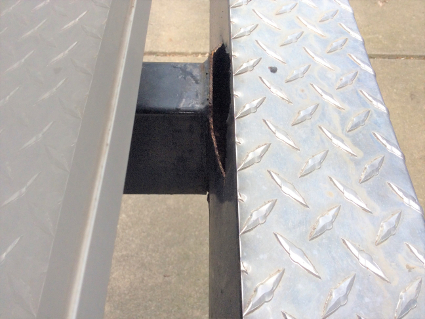 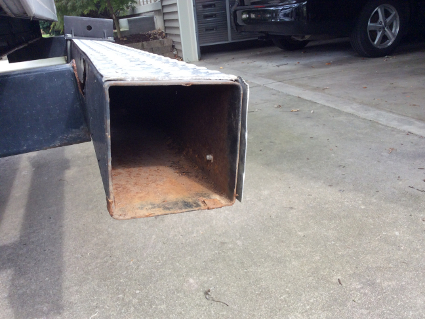 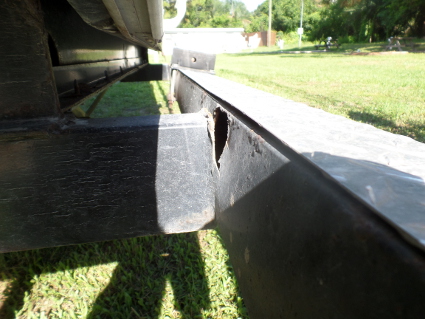 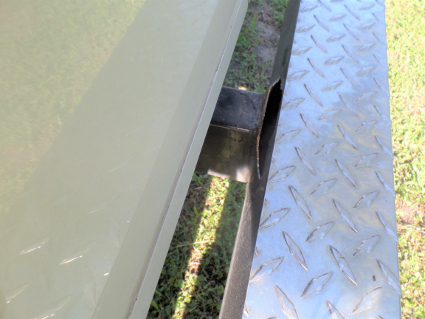 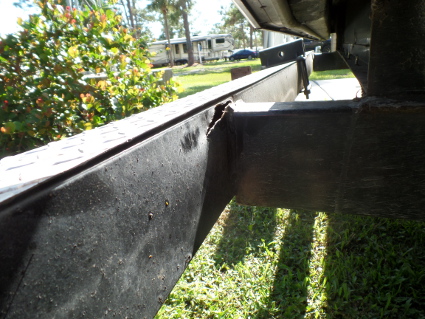 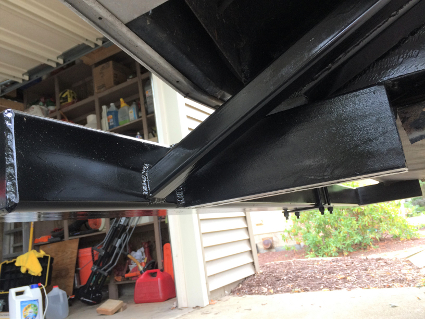 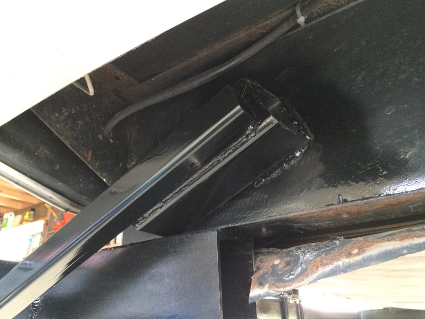 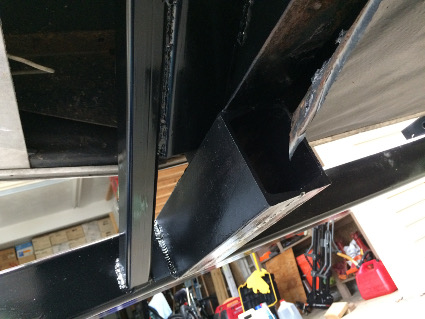 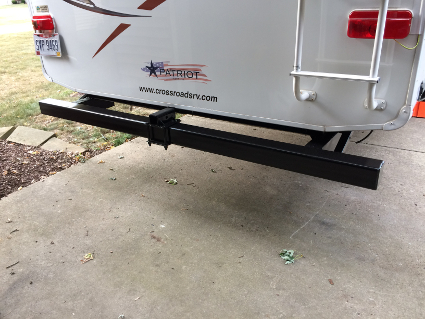